The Colorado River is the largest and most important river in the southwestern United States. It is a vital source of water for agriculture, drinking water, recreation, and electrical power for millions of residents in the largely desert American southwest. The river is so heavily taxed that its lower course below Yuma, Arizona has reached a point where the once mighty river no longer consistently reaches the Gulf of California in Mexico. The vast majority of water consumption is for agricultural purposes.

The Colorado River starts high in the Rocky Mountains at about 9,000 feet in the northern part of the state of Colorado. It flows through or adjacent to five states: Colorado, Utah, Arizona, Nevada, and California. Streams and rivers from seven states feed the river, the largest being the Green River, Gunnison River, Gila River, San Juan River, and the Virgin River.

The river is approximately 1,450 miles long and is damned in numerous places forming reservoirs. It is most famously known as the river that carves the spectacular Grand Canyon in Arizona, which is considered one of the seven wonders of the natural world. 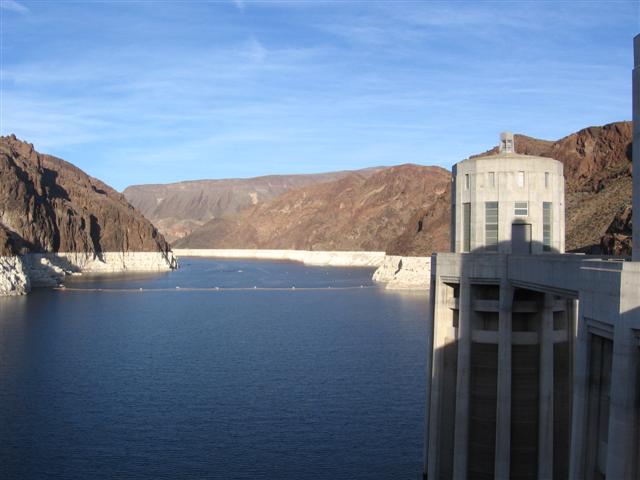 The impounding of the Colorado River at the Hoover Dam to form Lake Mead has dramatically impacted the river. The river to the south of the Hoover Dam in the Black Canyon is about 600 feet lower than Lake Mead. The river and its reservoirs are enjoyed by swimmers, boaters, kayakers, canoeers, and for fishermen and women. There are fourteen native species of fish in the river at varying points. River rafting trips are popular on multiple stretches of the river, including through the Grand Canyon.