THE STORY OF HOOVER DAM

The Hoover Dam was completed in 1936. At the time, it was the greatest engineering project of its kind ever done. Seventy–five years later it remains an engineering feat attracting millions of visitors each year.

In 1985, the Hoover Dam was designated a U.S. National Historic Landmark. 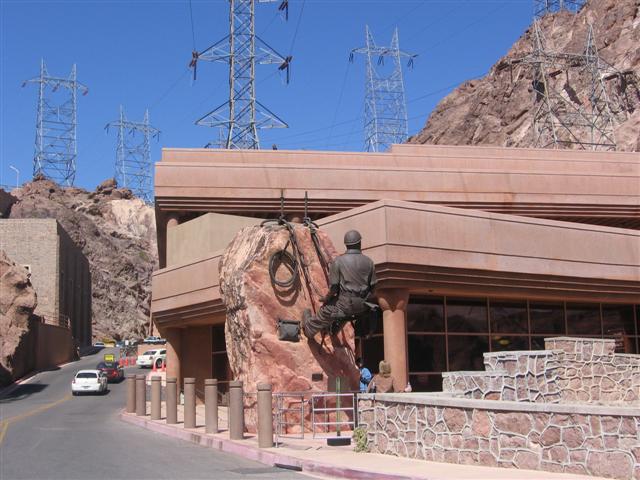 NEARLY A HUNDRED YEARS OF HISTORY

Hoover Dam is named after Herbert Hoover, the 31st president of the United States from 1929–1933 and its first Secretary of Commerce.

He played an instrumental role in getting congressional approval for funding of the dam.

The dam, which cost $49 million dollars to build, was constructed to provide irritation water for agriculture, flood control, and for hydroelectric power generation.

The impounding of the Colorado River by the Hoover Dam formed Lake Mead, which is the largest reservoir in the United States.

Construction on the bridge began in 1931 and took only five years to complete, two years ahead of schedule.

The dam was originally called the "Boulder Dam" because the early plan was to build it in the Boulder Canyon section of the Colorado River.

However, after further study, the location of the dam was changed eight miles south to the Black Canyon for better physical control of the river below the dam.

Hoover Dam was built during the Great Depression. As a federal project, its construction schedule was accelerated to create more jobs. However, workers on the dam faced very dangerous conditions.

The tunnels built in the rock walls to construct the dam contained high levels of carbon monoxide generated by the machinery inside, leading to many deaths. Nearly one hundred people died in the construction of the dam.

Hoover Dam's construction was a very complicated process. Since it was the largest structure of its kind ever built, many of the procedures used in its construction had never been done before.

For more information on the dam's construction and the architectural styles used, please see the Web site for the dam's administrator, the Bureau of Land Reclamation.