Power For The Region

Water flowing out of Lake Mead, which is the entire flow of the Colorado River, enters the dam and reaches a speed of 85 miles per hour by the time it reaches the turbines.

The force of the water on the turbines creates tremendous amounts of electrical power. There are a total of 17 hydroelectric generators at Hoover Dam. 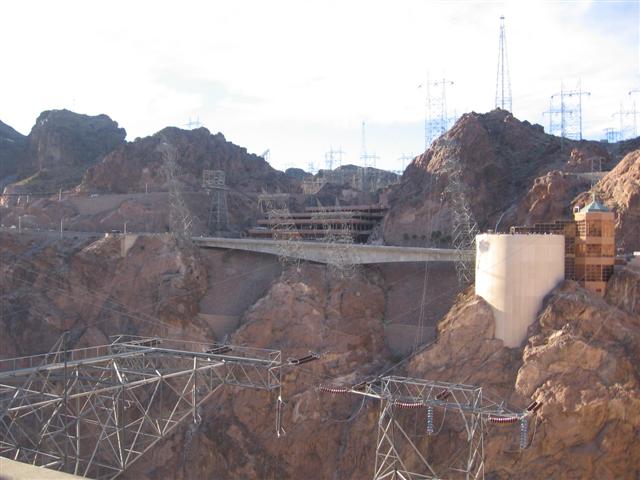 The funds generated from electric power transmission enabled repayment of the 50-year construction loan for the Hoover Dam. 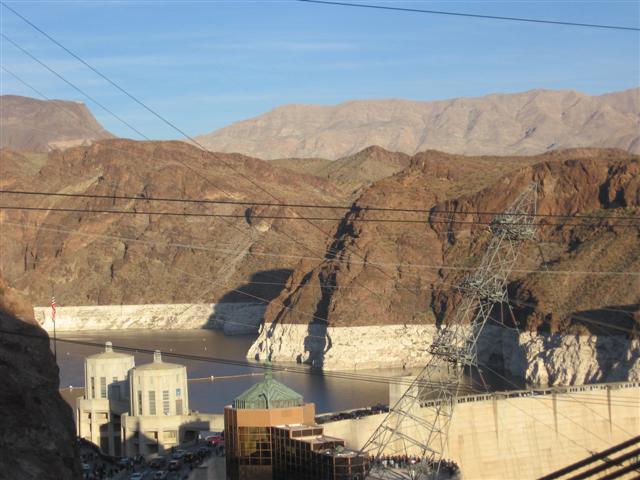 The latter two and the city of Los Angeles account for nearly half of the electric power received.

Numerous power lines carrying the hydroelectric power generated are visible near the dam. Visitors to Hoover Dam can take tours of the powerplant and learn much more.