Boulder City is the nearest city to Hoover Dam. It is a city of about 15,000 residents located eight miles west of the dam in Clark County, Nevada. It is at a significantly higher elevation than the dam at about 2,500 feet. As a result, temperatures in Boulder City tend to be 5 to 10 degrees cooler than at the dam and below in the Black Canyon.

Boulder City is very different than much of what is seen in the Las Vegas area as it is one of only two cities in Nevada that prohibits gambling. It offers visitors hotel accommodations, restaurants, and shopping. 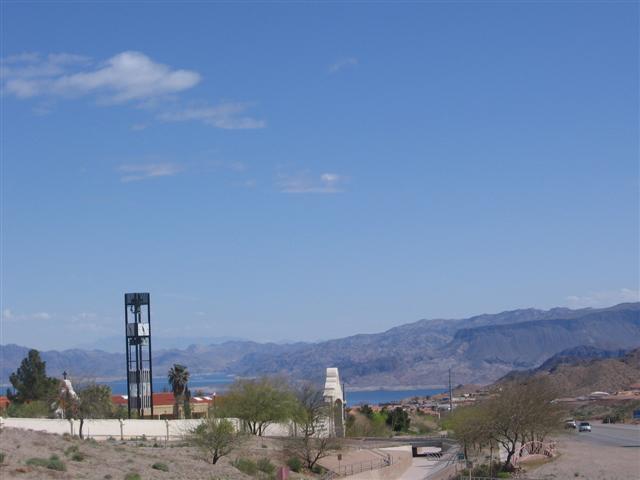 Boulder City was founded as a result of the construction of the Hoover Dam. The United States Bureau of Reclamation built the city in the early 1930s as it needed a place to house workers constructing the dam. Membership in unions, alcohol sales, prostitution, and all forms of gambling were prohibited in the city. The Bureau did not release control of the city until 1958. Once the city was independent, it upheld the ban on gambling by city charter. In 1969, the city rescinded its ban on alcohol. 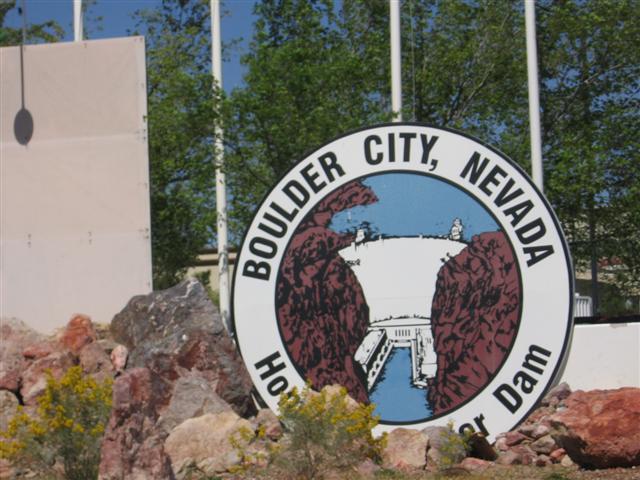 Boulder City lies on a higher plateau, north of the El Dorado Mountains. It is typically a few degrees cooler than Las Vegas, which is about 500 feet lower in elevation, and 25 miles to the northwest. Money Magazine's 2009 "Best Places to Retire" article ranked Boulder City as the sixth best place in the nation to retire noting its affordable housing, medical care, tax rates, and arts and leisure. Nevada has no state income tax.

The city has controlled its growth by limited new construction permits to allow the construction of only up to 120 single family or multi–family residential building per year. Desert bighorn sheep are occasionally seen in the city.

The city also has a racquetball complex, swimming pool, athletic fields, mountain hiking trails, and a BMX bicycle track. The Boulder City Municipal Airport is also in the city, which accommodates aerial tours of the Hoover Dam and Grand Canyon, skydiving trips, and small private planes.