Las Vegas is the largest city in Nevada and one of the most popular tourist destinations in North America. Nearly two million people now live in the Las Vegas area and the city attracts more than 30 million visitors each year.

Las Vegas is an international destination for gambling, shopping, fine dining, conventions, and other forms of entertainment. The city bills itself as "The Entertainment Capital of the World".

A MAJOR CITY NEAR HOOVER DAM

Las Vegas is located thirty miles northwest of Hoover Dam. The city grew considerably following the completion of the dam in 1936, bringing more residents and tourism.

Major development of casinos began in the 1940s, concentrated in downtown Las Vegas. The Fremont, Golden Nugget, and the Horseshoe were early Las Vegas casinos. 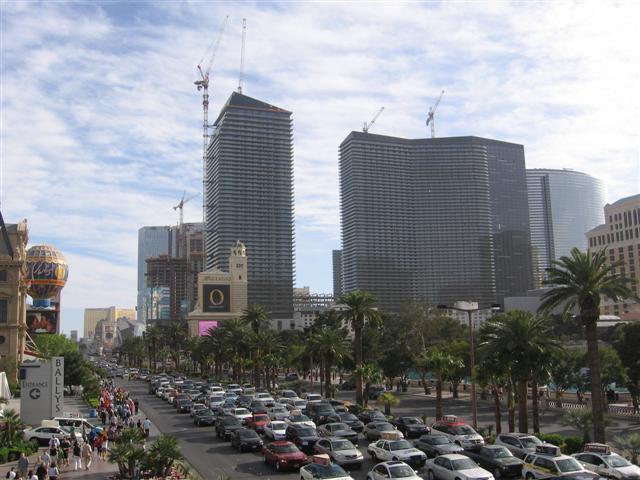 Modern day Las Vegas really took off in 1989 when The Mirage opened on the Las Vegas Boulevard, on a portion of the street known as the "Strip". Since then, mega casino-hotels such as the MGM Grand, the Bellagio, and the Venetian have all been built.

The Las Vegas Strip is one of the most popular tourist and business destinations in the United States. The MGM Grand alone has more than 5,000 rooms and suites and is the second largest hotel in the world.

However, the area is served by the Las Vegas Metropolitan Police Department. Las Vegas has become increasingly diverse in recent years. About 30 percent of its residents are Hispanic and about 10 percent are African American.

The city is the world headquarters for two Fortune 500 companies, MGM Mirage and Harrah's Entertainment. In addition to gaming and tourism, banking, manufacturing, technology companies and entrepreneurs have all been attracted to the Las Vegas area.

The area is also home to the Nellis Air Force base and downtown Las Vegas is home to the Lloyd D. George Federal District Courthouse. While Las Vegas is not the capital of Nevada, Carson City is, it has considerable influence over state politics.